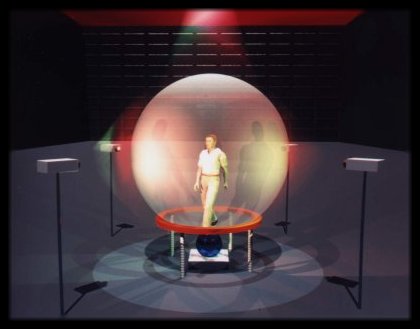 Interesting concept for simulating a virtual world, the user is inside and can move around in a natural way, thus controlling his environment.

The page says the product would be manufactered in 18 months, but the site has visibly not been updated. The project might have been suspended.

But we can still imagine such a device beeing used someday. Are we headed for a world were everyone stays at home in his virtual world, using a new “virtual reality internet” to communicate and work with each other? Seems a possibilty…